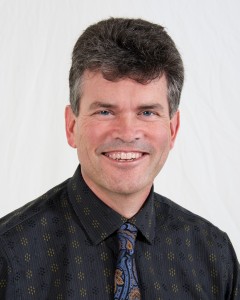 Here’s my guest post for My Shelf Confessions on the writing of Masks. You can read it over there, or you can read it right here!

Hi, I’m E.C. Blake, author of Masks, and I have a confession to make: it isn’t at all the book I originally set out to write.

All of which presented me with some interesting challenges, because even though it’s not being published as a YA book, I’m still hoping YA readers will gravitate to it—because the main character is a 15 year old girl named Mara Holdfast..

So how do you write a book with a teenaged character that will also appeal to adults?

To which my not entirely flippant answer is, “I used my imagination.”

I’ve never had much use for that old saying “write what you know.” If I wrote what I knew, I wouldn’t have written about a land where everyone at age 15 has to don a magical Mask that subjects them to constant surveillance by the ruler’s Watchers. I wouldn’t have written about a place where certain Gifted individuals can see magic, which they perceive as having colours that correspond to what can be done with that magic. I wouldn’t have had (spoiler alert!) an exploding horse in the prologue, because I’ve never seen a horse explode. (Honestly, there’s an exploding horse. I love being a writer.)

But I can imagine all those things, and I can imagine being a teenaged girl, too. After all, although I may not have been a girl, I’ve known lots of them. I’ll very soon have one as a daughter. And I’ve seen the world through the eyes of any number of teenaged girls through my own reading of YA fiction, much of which was written by people who were once teenaged girls.

And besides, I know people. I am a people. And as I once shocked my pre-pubescent friends by saying during their “I hate girls” phase, girls are people, too.

The fact is, I’ve thoroughly enjoyed inhabiting Mara’s head during the writing of Masks (and the ongoing writing of Shadows and Faces). Which is a good thing, because somewhat unusually, all of these books are told from a single viewpoint: Mara’s. If I didn’t like viewing the world through Mara’s eyes and thoughts and emotions, I’d have found writing these books an onerous task indeed.

But you know what? I think the fact that I have had to work to make that connection to Mara, a character so unlike myself, bodes well for the other challenge of making the book appeal to both adult and young adult readers.

Young adult readers, I hope, will be drawn to the tale because Mara is as young as they are, and if the challenges she faces are unique, they’re still recognizably similar to the challenges faced by any young person beginning to make their way into the wider world of adult concerns and responsibilities.

And older readers, I hope, will be drawn to the tale because, although Mara is young, the world she inhabits is a fully realized fantasy world with all the wonders and dangers, beauties and horrors, fantasy readers expect.

Permanent link to this article: http://www.ecblake.com/read-listen/my-guest-post-at-my-shelf-confessions-on-the-writing-of-masks/