One step closer to the release of SHADOWS

I’m working toward self-publishing Star Song (as I mentioned in this week’s book giveaway starting post), and today I spent some time playing with cover ideas. I’ve got two choices thus far, so I’m soliciting opinions. Which of the two covers below do you like best…and why?

Here’s the one-paragraph description of the novel:

Kriss Lemarc is alone on a remote planet where he doesn’t belong. The guardian who raised him in a backwoods village has been murdered. His parents died when he was a baby. His only link to them is a strange musical instrument that pulls his innermost feelings to the surface and pours them into the minds of his listeners.  Kriss plans to take that instrument off-world and trace its origin and his own–but the artifact proves to be more than just a musical oddity: it holds the key to ancient alien powers, and ruthless people will stop at nothing to get it. Befriended by a girl of the space-going, gypsy-like Family and a former Family captain, but mistrusted and even hated by some of their comrades, Kriss seeks to learn about his parents, to keep the instrument from falling into evil hands–and ultimately, to learn his own worth and find a place where he belongs.

And here are the two potential covers. Thoughts? 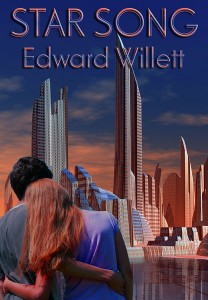 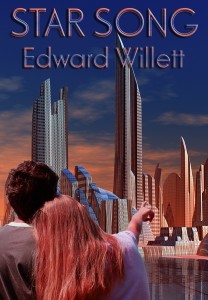 Permanent link to this article: http://www.ecblake.com/2014/03/soliciting-cover-art-opinions-for-upcoming-edward-willett-ebook/